The albatross is a seabird of the family Diomedeidae, which contains four extant species. The best known albatross is the Wandering Albatross (Diomedea exulans), which has the largest wingspan of any living bird. Albatrosses are highly efficient in the air, using dynamic soaring and slope soaring to stay aloft

The latest Albatross for Twitter for PC has come up with a few updates that are better than the previous version. Want to know those? Here are they:

Nick Nack Development, LLC has developed the Albatross for Twitter for Android. You can find it under the Social category on Play Store. Since its inception, Albatross for Twitter has got over 90892+ users on board. For the user rating, it is currently holding a 3.3 rating and the latest version of it is 2022.9.0 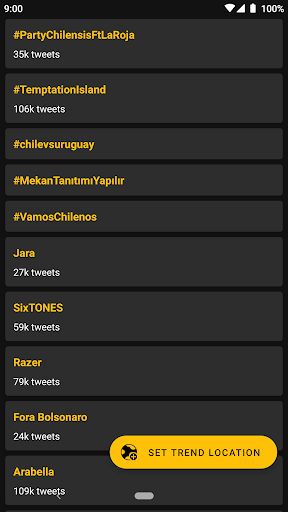 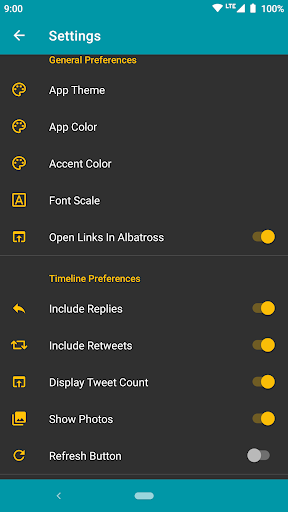 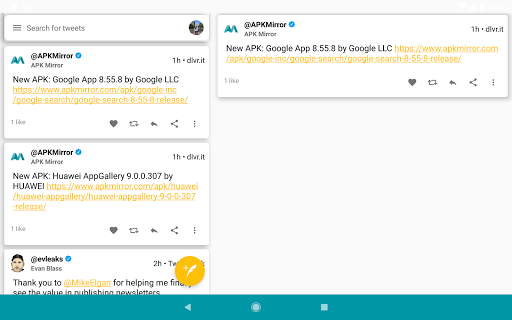 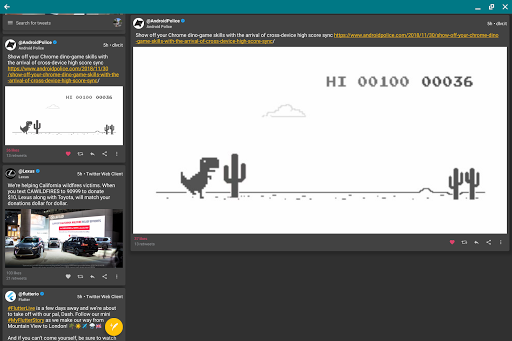 The latest update of Albatross for Twitter is Sep 9, 2022 for phones. You can’t use it on your PC directly. So, you have to use an Android emulator like BlueStacks Emulator, Memu Emulator, Nox Player Emulator, etc.

User First
• Gone are the days where half your Twitter Feed is ads and the other half is non-chronological tweets!
• Albatross For Twitter is ads-free and is truly chronological!
• Theming features to customize the app to be your own

Something For Everyone
• Beautiful Material Design
• Direct Messages for extra productivity
• Lists to only see what you want to see
• Support for many notifications: Mentions, DMs, etc.
• Supports all types of Twitter media

With powerful features and a committed developer who cares about creating a seamless experience, Albatross For Twitter is sure to make your Twitter experience better!

1. User First: Albatross For Twitter is ads-free and is truly chronological!
2. Theming features to customize the app to be your own
3. Something For Everyone: Beautiful Material Design, Direct Messages for extra productivity, Lists to only see what you want to see, Support for many notifications: Mentions, DMs, etc., Supports all types of Twitter media
4. Powerful Yet Beautiful: A power user’s dream, Supports Reply & Quote Counts, Polls, Pinned Tweets, and more V2 features!, Impressive animations, Buttery smooth usage, Chrome Custom Tabs for a seamless link experience, Powerful Video Player, Schedule Tweets to be sent later
5. With powerful features and a committed developer who cares about creating a seamless experience, Albatross For Twitter is sure to make your Twitter experience better!

The Albatross for Twitter application is a great way to keep up with your friends and the world. It is easy to use and has many features that make it a great choice for Twitter users.

So, did you find the guide on how to download the Albatross for Twitter for PC above? If you did, or if you have any questions regarding it, do comment and let us know. We’re here to help.

Functional, but not as customisable as I’d hoped. The cards don’t scale images to size in previews. They are either cropped showing sometimes 10% of an image, or if you have the image fit, it is just a tiny preview. Please just stop making the tweets with images a static size, let it scale with image size. Additionally, the video previews and overall quality leave much to be desired.

It’s a great app so far, but has a few minor things that can be ironed out. Firstly, the colors of the current tab you’re on in the bottom navigation bar look a bit strange, especially when using the Material You theme. It would also be nice to have the option of hiding the bottom bar when scrolling. A feature that I think would be nice is having the ability to change fonts. But overall this app is much smoother and better looking than the regular Twitter app.

It’s a great app, but it has it’s flaws. For example, theming. I bought premium so I could theme everything, but the dark blue and yellow accents are still there, and they look bad because the theme I setup for myself was black with red accents. Another thing is the search bar. Idk, but to me it seems a bit on the short side. Other than that, I have no complaints. Good UI and great performance. Way better than the stock Twitter app.

It’s a great app. No problem here with the price. I think developers should be paid. Switched from tweetcaster after it went down. Only issues I’ve had is sometimes the video or photo for a tweet isn’t the one that should be paired with that tweet. Refreshing solves the problem. Other thing is, when I click on a link or video and come back to the app it puts me at the top of the timeline (not always). I have an old phone and the problems are probably on my end. Thanks for the great app.

Good features, but two complaints. First, the Compose button is enormous. Give us an icon-only option, please. Second, the bottom of the screen (the place I’m staring at while I scroll down) looks messy because it shows the back/home/tab buttons on top of the app. Please either hide it or make room for it; right now it looks wrong to me. If it weren’t for those two very distracting issues I’d end my search for a new Twitter app right now!

Even though imperfect, I’m giving this app five stars. I do have some crashing issues, and my Profile page tweets are partially off the screen on the left. But so far this had fixed the issues I have with the Twitter app (95% ads and no current tweets even though I changed the settings) and with other apps (can’t see replies, mentions or other issues). I really like the layout and features. The best thing? The flying albatross!💜

So far so good. Needed a replacement for my previous app I loved that is kinda dead. This one is pretty close. Only complaint so far is that it seems to lose its place often and I need to scroll back to where I was in the timeline. I manually refresh when I get to the top and it usually loses my place then, as well. I want to refresh and be at the bottom of the new stuff. It does sometimes but often jumps to the top and sometimes jumps to some random spot in the middle.

I like it, but I wish it was easier to access my lists. The official app does this better I think. It would help if I could even just create a shortcut to the list of my choice. Also, i think the UI is inconsistent. Having a (+) in the lists view doesn’t add content, but prompts me to search, but the search doesn’t actually seem to do anything useful. It just lists posts from what seems to be random people.

I was really torn on this, but at the end of the day, if just using the mobile website is more convenient than the app, what’s the point? It has some great features, but without even a basic search functionality and a home timeline that reloads (and jumps all the way to the top) every time you go to a different tab then go back, it’s just too frustrating to use. Hope this review helps the devs make improvements because this app has potential and is better than some others but just isn’t there.

Really clean and nice app. Few things though. The three dots don’t currently do anything, status bar gets blacked out on main screen, and no translation option. Otherwise it’s fast, light weight, and intuitive to use! Looking forward to an update! Edit: The three dots now work, and translation works, but it’d prefer an in app translation similar to the Twitter app.